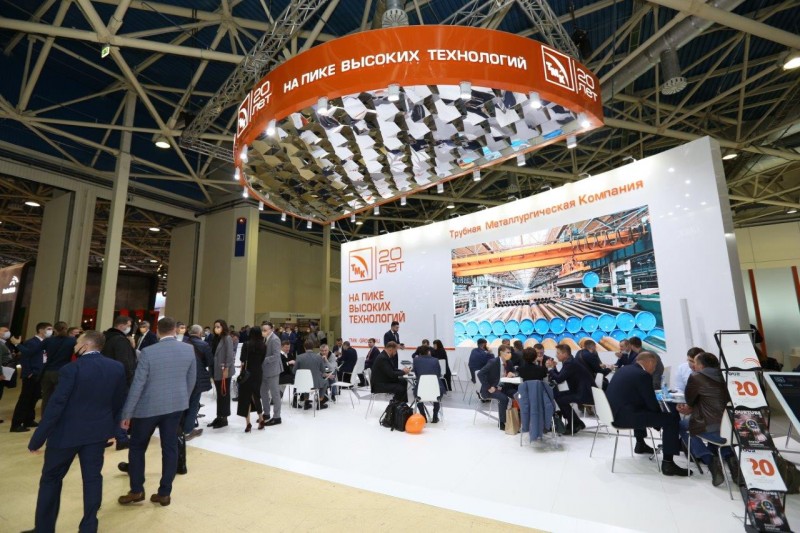 TMK, one of the world’s leading producers of tubular products for the oil and gas industry, was awarded in a number of categories at Metal-Expo’2021, the 27th International Industrial Exhibition held as part of the autumn Metal Week.

At the forum, TMK gave a digital presentation of its products and R&D capabilities.

TMK’s stand was named the Best Exhibition by the Metal-Expo organisers and was recognised for its “highly professional organisation of product and service promotion”.

The Company was also awarded at the Russian Metal and Steel Market 2021, the 24th international conference, held during Metal Week. Zhilevskaya Metal Store in Stupino near Moscow was named Russia’s best metal store in 2021 by the Russian Union of Metal and Steel Suppliers. Zhilevskaya is part of Uraltrubostal Trade House, which joined TMK the Group as part of the Chelpipe Group acquisition.

TMK representatives took part in the Metal Week’s business programme. At the Russian Metal and Steel Market 2021 conference, Sergey Aleshchenko, TMK’s Operations Marketing Director, discussed the overall situation in the pipe and tubular products market, the outlook for 2022, and new opportunities for TMK following the integration of the Chelpipe group assets.

Metal-Expo included multiple events, in particular the conference on Latest Trends in Rational Use of Secondary Resources and Environmental Problems and the Marketing in the Metallurgical Industry: Yesterday, Today, Tomorrow – Roundtable for Marketing Professionals from Steel and Metal Trading Companies, which were attended by Artur Petrosyan, Senior Manager of TMK’s Billet Marketing Department, Zhanna Pets, Head of Information and Analytics at TMK’s Marketing Directorate and Dmitry Kovalev, Leading Specialist of TMK’s Industrial Welded Pipe Marketing Unit.

TMK also held its own conference for industry and regional market partners in Russia and the CIS at the Company’s R&D facility in Skolkovo. At the conference, TMK awarded digital certificates to 70 partner companies selling TMK products in Russia and FSU countries.

The autumn Metal Week is held annually in November and brings together leading players in the market for ferrous metals and steel pipe. The event includes conferences, workshops and roundtables on all segments of metallurgical business, as well as various competitions. Metal-Expo, an international industrial specialised forum and exhibition, is its highlight event, which attracts major Russian metallurgical and machine-building companies, manufacturers and suppliers of steel structures and metalware. This year, Metal-Expo brought together over 450 metallurgy majors, with over 17,000 people attending the exhibition.

TMK embeds ESG principles across its regions of operation