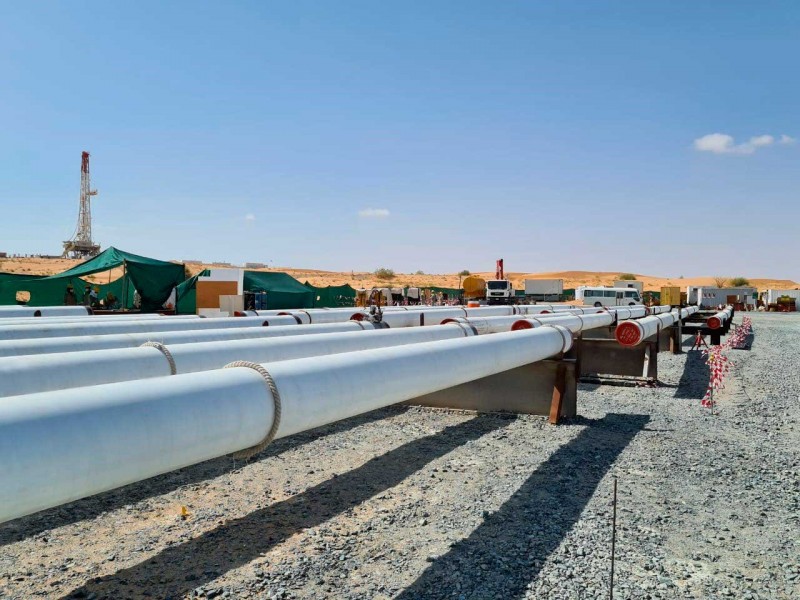 The 16” (406.4 mm) pipe produced at TMK’s Volzhsky Pipe Plant is intended for use in aggressive environments. The 3LPP coating pipe was used to construct a 22 km pipeline to feed Mahani field production to a gas processing plant.

Under the integrated contract between the two companies, TMK has also supplied SNOC with other structural components and equipment used in pipeline installation.

“The UAE energy companies are TMK’s key customers in the Middle East. We have built a strong reputation as a supplier of tubular products for various purposes, including steel line pipe and premium connections. We are proud to participate in the development of the first onshore gas field in Sharjah in 37 years.

This is our first collaboration with SNOC, and it has enabled our expansion in the UAE market. Despite significant transportation restrictions due to the pandemic, we were able to deliver all shipments strictly on schedule,” said Vladimir Oborsky, TMK’s Vice President for Sales.

In January 2021, Sharjah National Oil Corporation (SNOC) and its partner Eni announced the start-up of production from the Mahani-1 gas well, marking the commencement of gas production from the Mahani Field, in Sharjah Area B. The announcement came within only one year of the discovery of gas in the field, labelled as the first new onshore discovery in Sharjah for 37 years.

PJSC "TMK" announces completion of transaction for acquisition of 86.54% of shares in PJSC "ChelPipe" from controlling shareholder Andrey Komarov