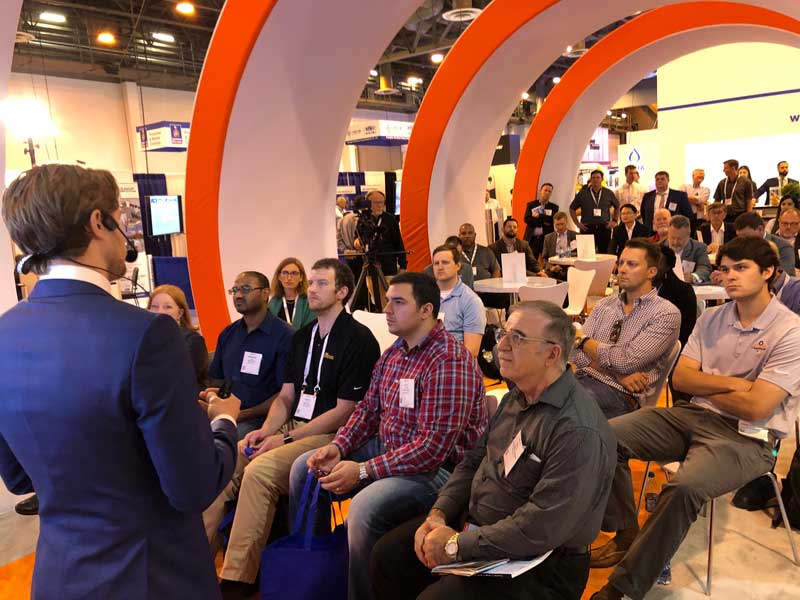 TMK, one of the world’s leading producers of tubular products for the oil and gas industry, has taken part in the 2018 International Offshore Technology Conference (OTC), Houston, USA.

At the event, TMK showcased its full range of TMK UP premium threaded connections used in oil and gas wells operating in adverse conditions, including offshore projects, and directional and horizontal drilling. Using an interactive display TMK introduced visitors to its latest technologies, and the entire range of the Company’s products.

TMK hosted a reception attended by around 170 of its partners and clients, including senior management of leading oil and gas companies.

Vyacheslav Popkov said: "TMK’s participation in the OTC exhibition for the ninth consecutive year reflects our commitment to the North American market which is of strategic importance to the Company. This year our participation was particularly successful".

According to Piotr Galitzine, the Company and its divisions are actively developing the production of new high-tech pipe products. He noted: "TMK’s American division is extending its offering of premium connections, for example to include a new TORQ series with high-torque capability. Our customers are benefiting from our increasingly efficient and cost-effective solutions which enable their businesses to become more profitable".

OTC is one of the key events in the global oil and gas industry. Participants discuss innovation and the development of technology for drilling, exploration, production of hydrocarbons and environmental protection. This year, over 61 thousand people from over 100 countries attended the conference held from April 30 to May 3, with more than 2,300 companies from 44 countries participating in the exhibition. The conference and exhibition have been held annually since 1969.

TMK recognized as leader in sustainability among steelmakers by Expert magazine