TMK, one of the world's largest producers of pipe products for the oil and gas industry, took part in the international trade exhibition Tube 2018 in Dusseldorf.

At TMK’s exhibition stand the Company presented the full range of TMK’s pipe products for all industries, including TMK UP premium connections. TMK-ARTROM showcased samples from its range of industrial pipes, including seamless heat-treated pipes, cold formed pipes and pipes for the manufacture of hydraulic cylinders and auto components from its new Premium Industrial Pipes range.

Managers from TMK’s Russian division took part in a round table, organized by German company SMS group — one of the global leaders in manufacturing and servicing metallurgical equipment. Alexander Klachkov, alongside TMK’s deputy director for marketing, Sergey Alekseev, and SMS group’s vice president for long products, Norbert Theelen, discussed the issues surrounding cooperation between companies. In particular, they focused on the importance of developing equipment technology — the upsetting press for tube ends.

To mark the exhibition TMK, as per tradition, hosted a reception for its partners and clients. Over 200 representatives from 100 companies worldwide, including customers, equipment producers and material suppliers, took part in the event. Welcoming the guests, Adrian Popescu and Vyacheslav Popkov thanked them for their collaboration and expressed confidence that this mutually beneficial cooperation will continue to grow in the future.

The 16th Tube international trade exhibition took place from 16 to 20 April 2018 in Dusseldorf (Germany). It is the largest event in the tube industry and takes place every two years. 1240 companies from 57 countries took part in the exhibition this year. 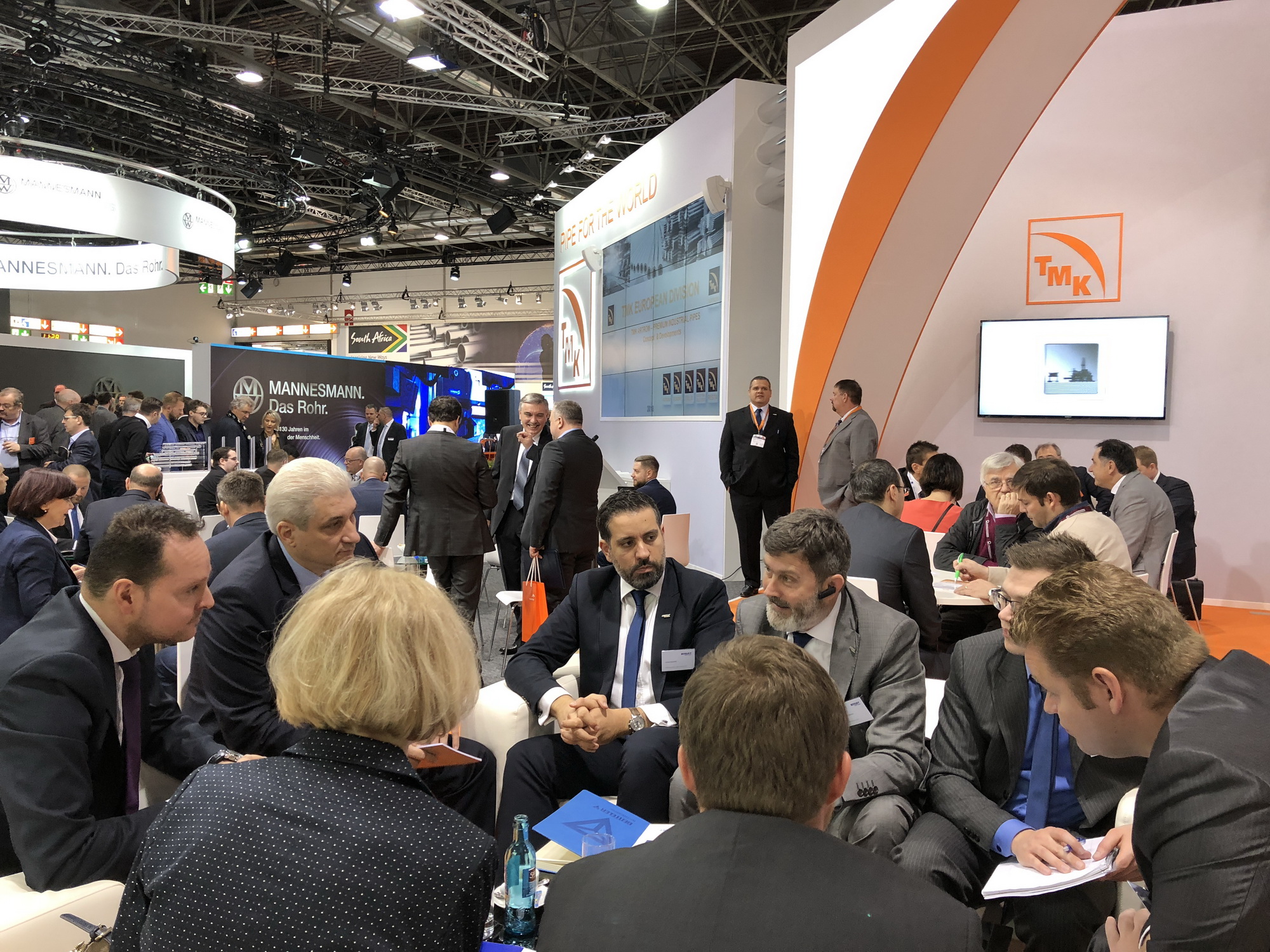 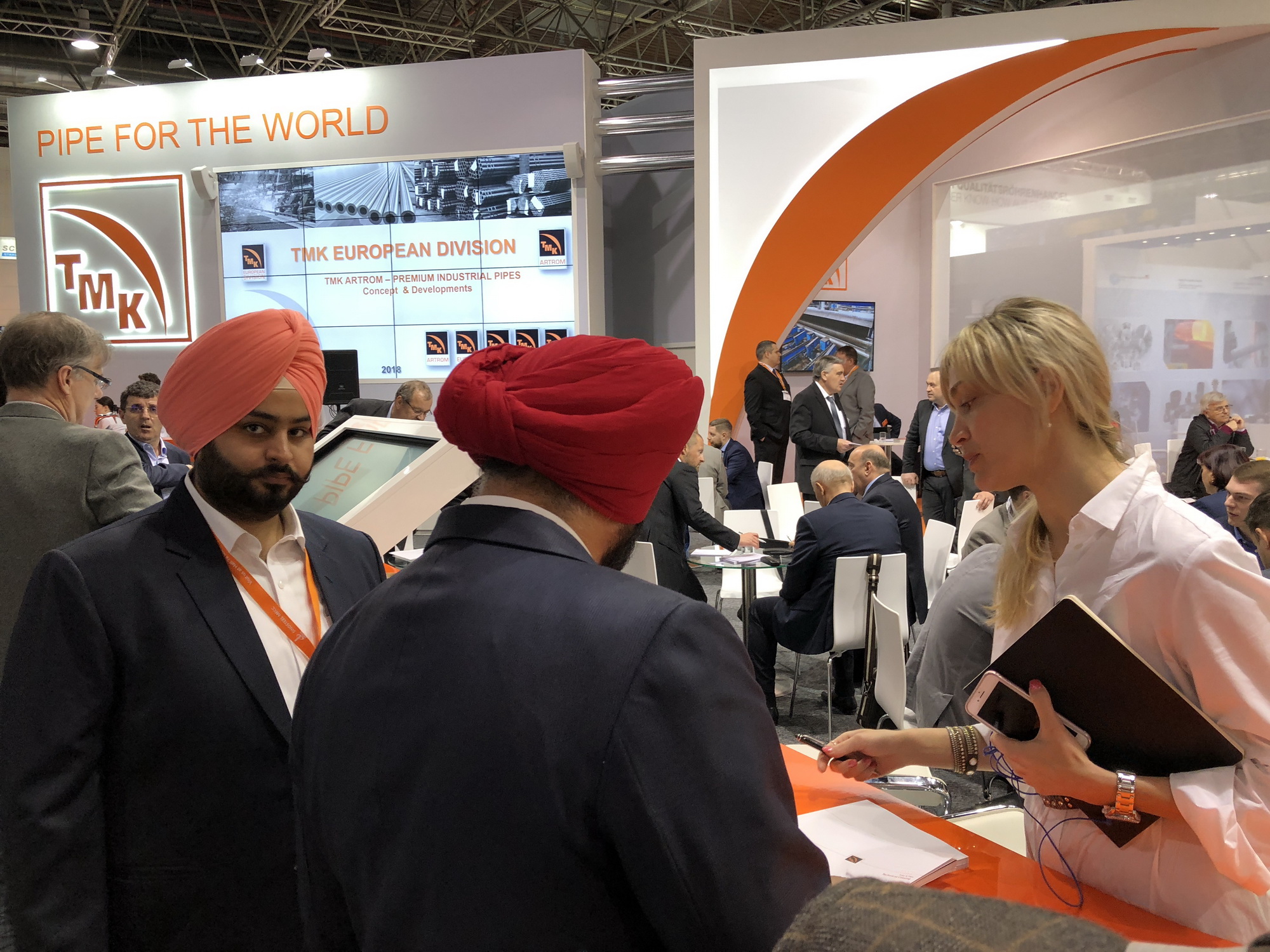 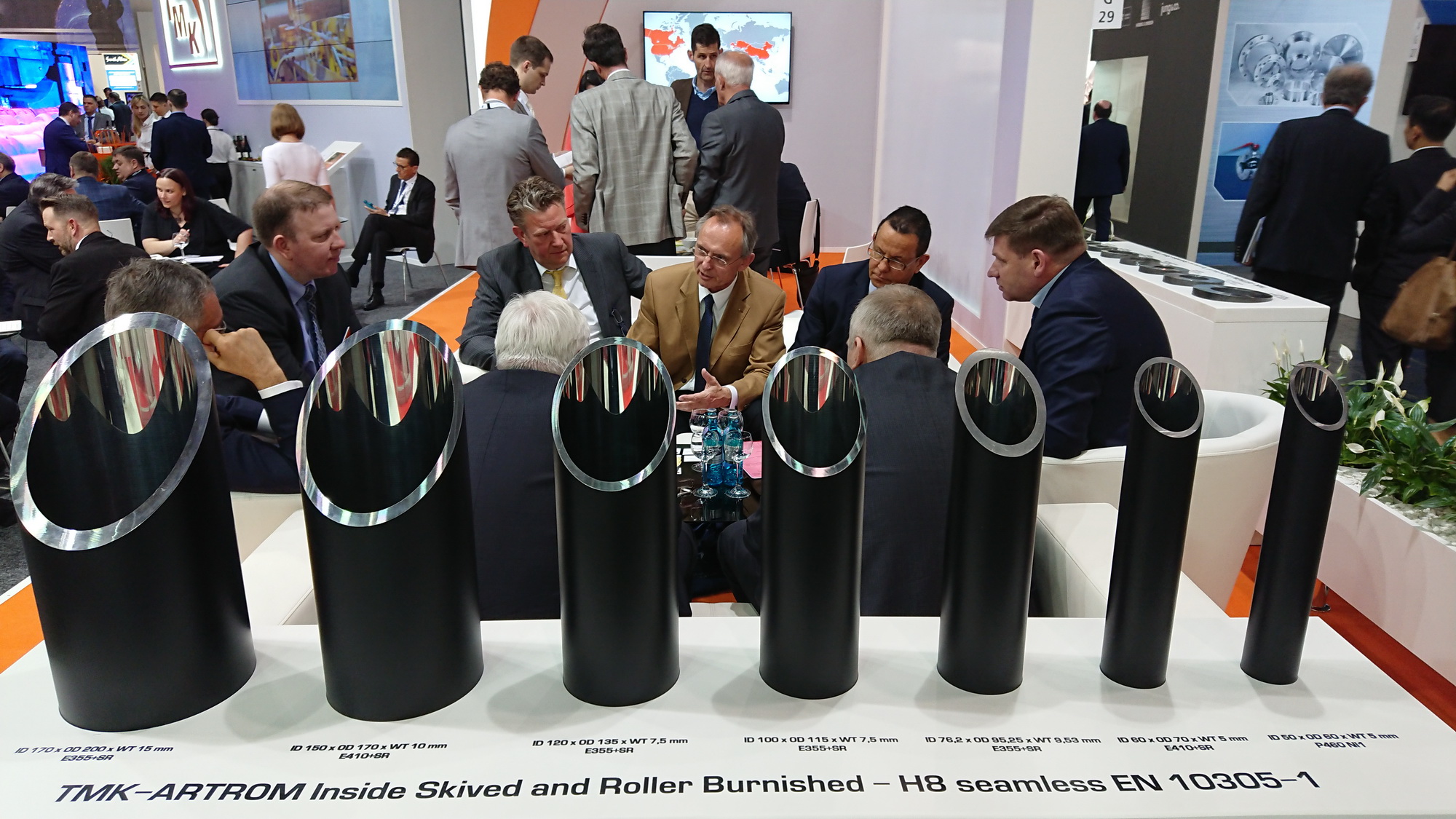 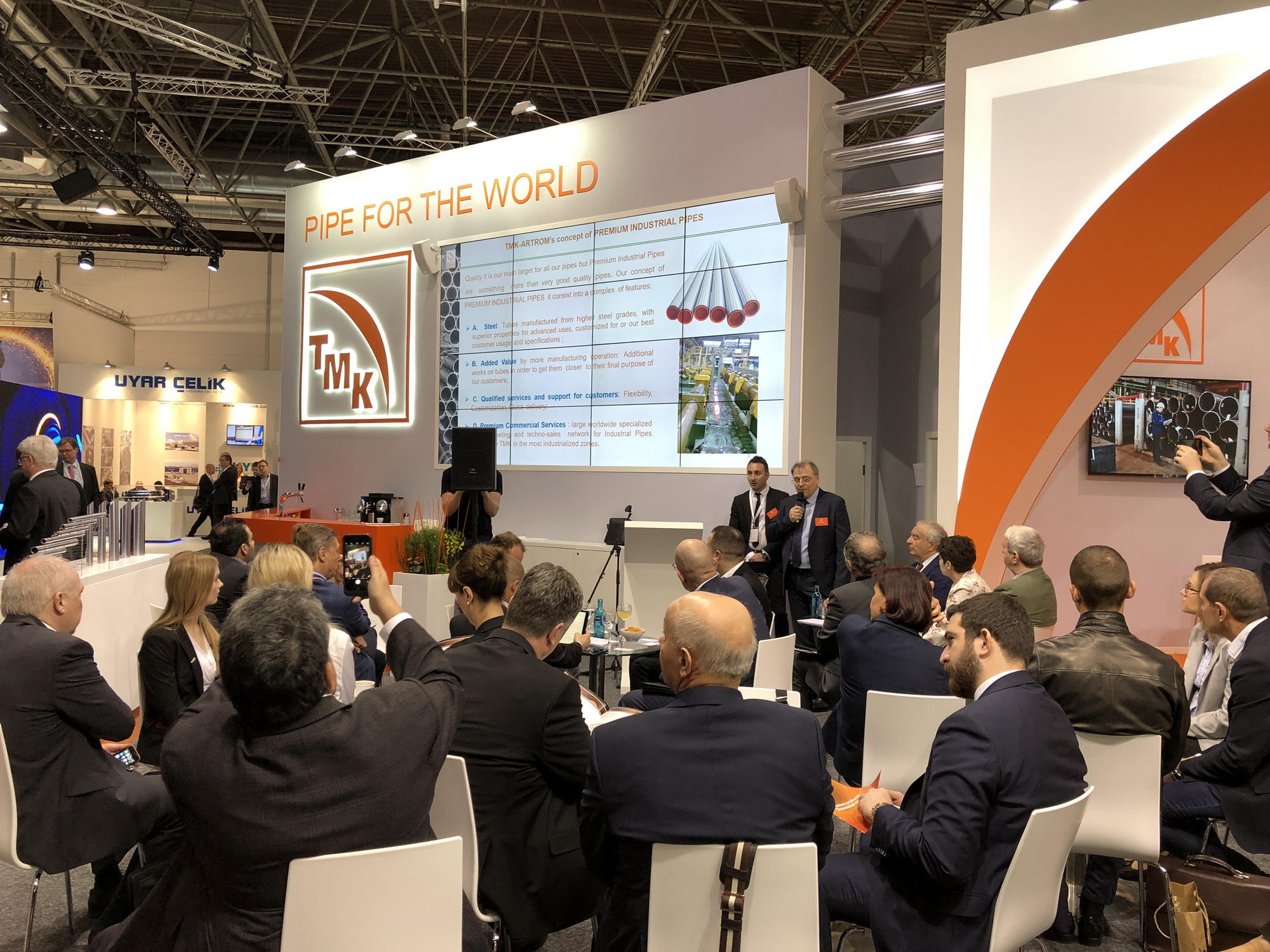 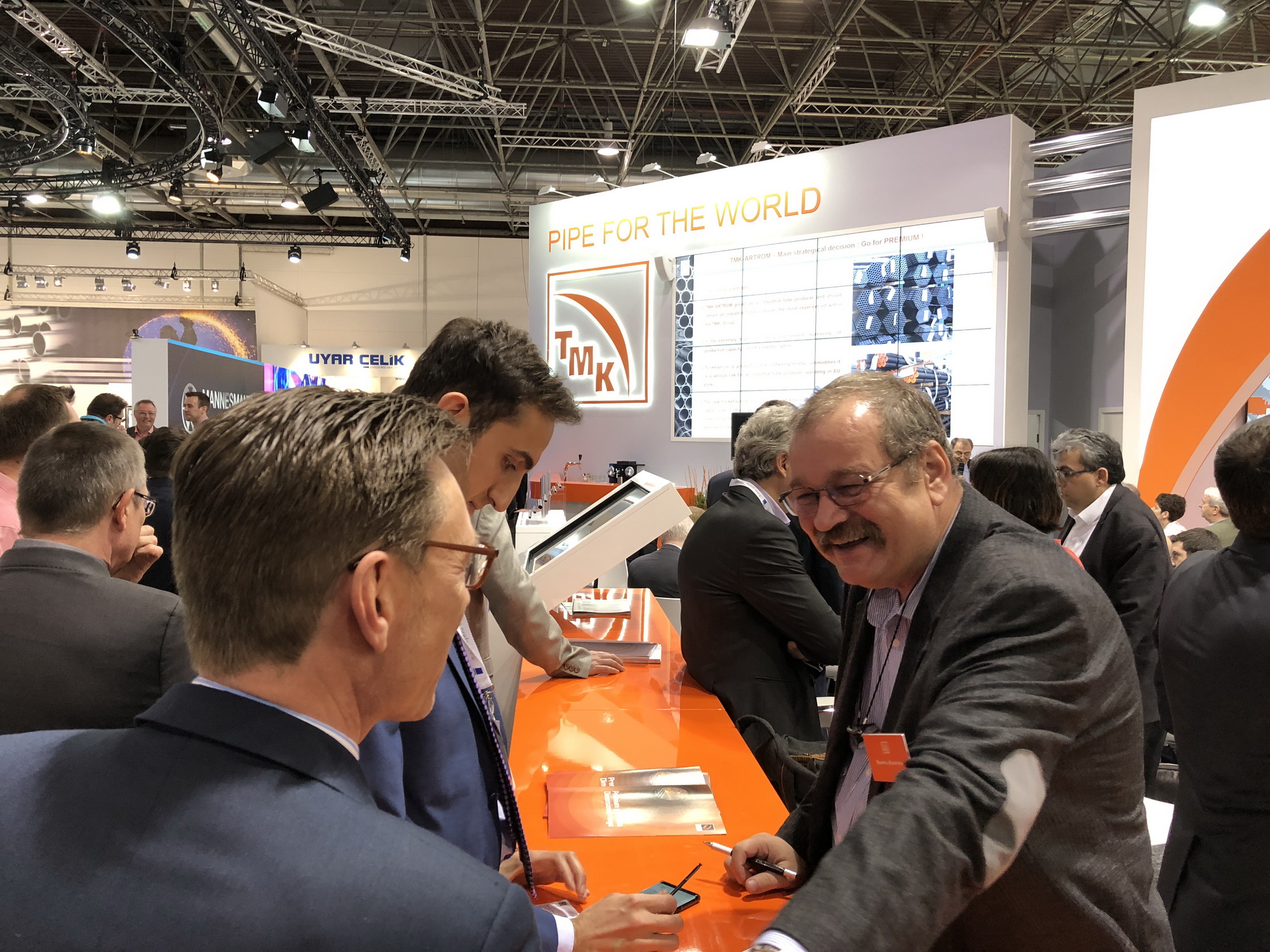 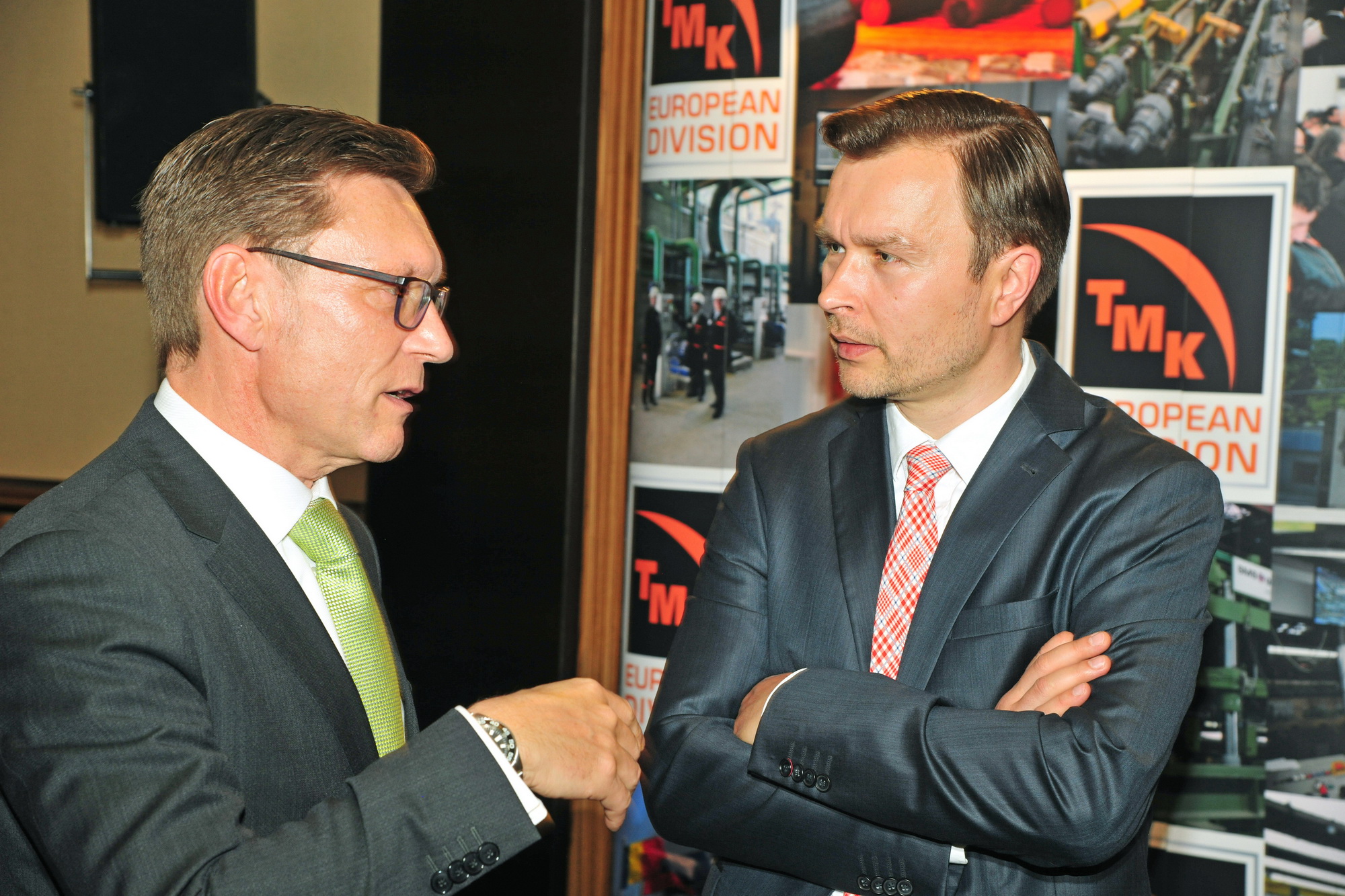 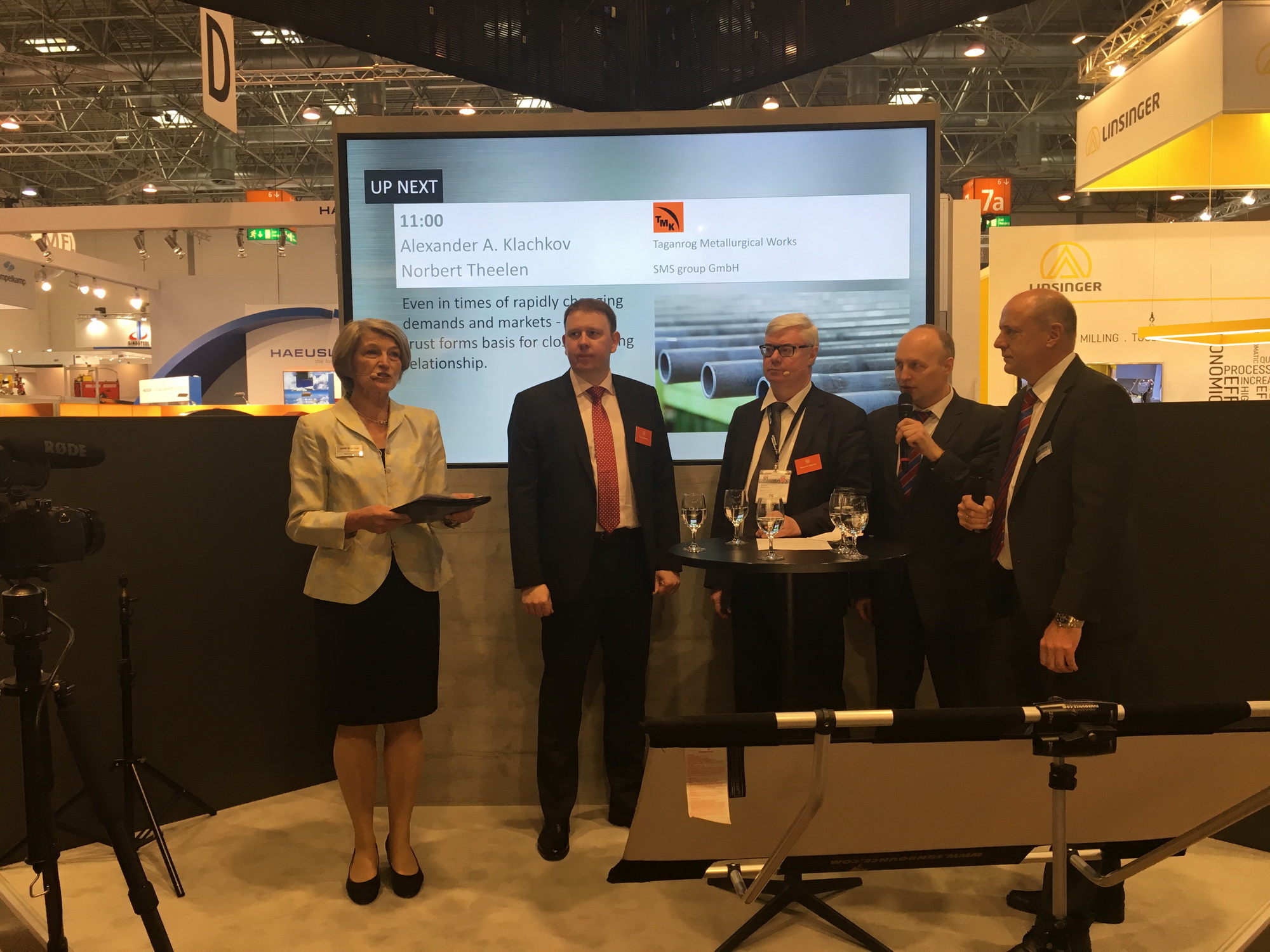 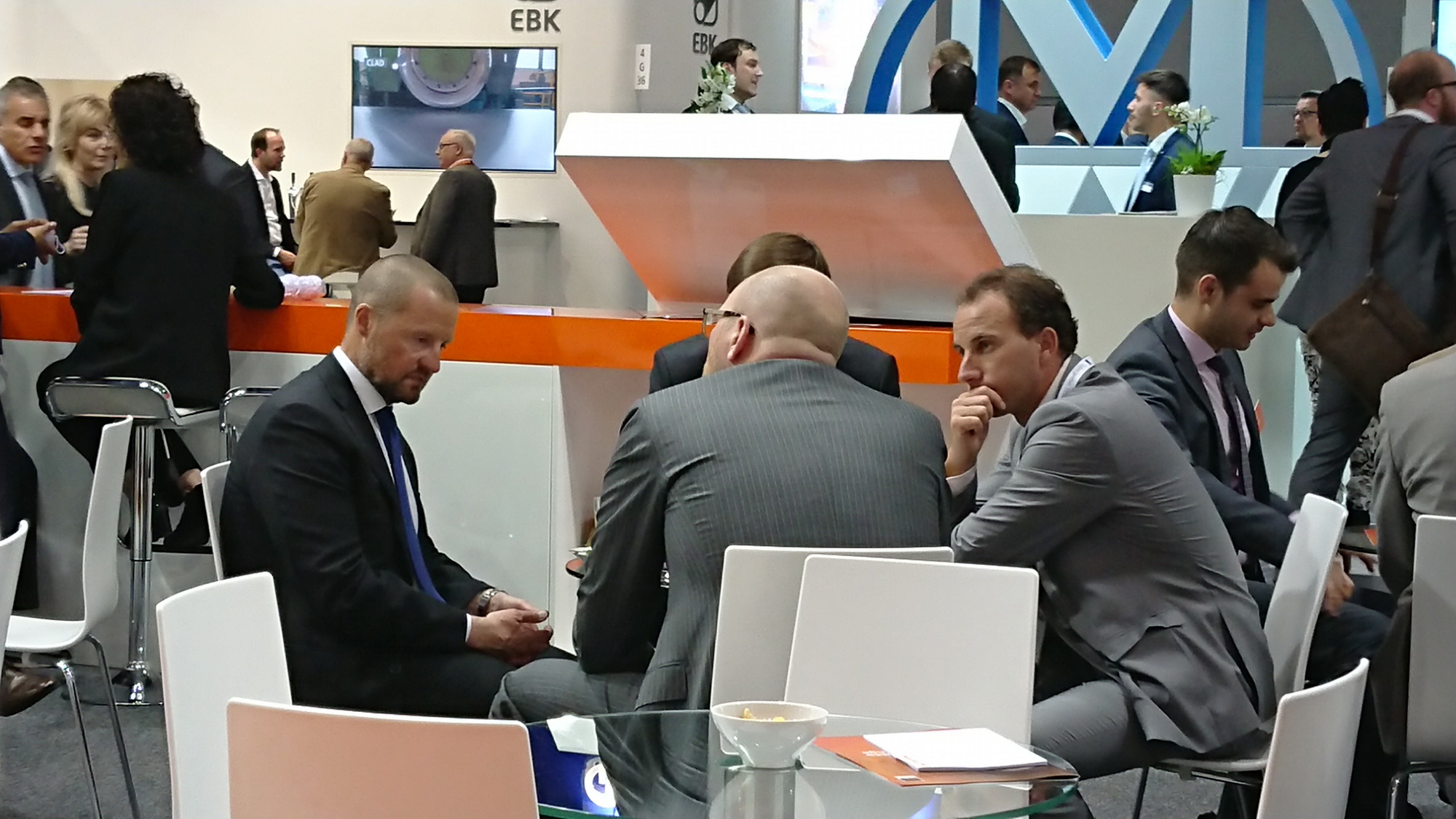 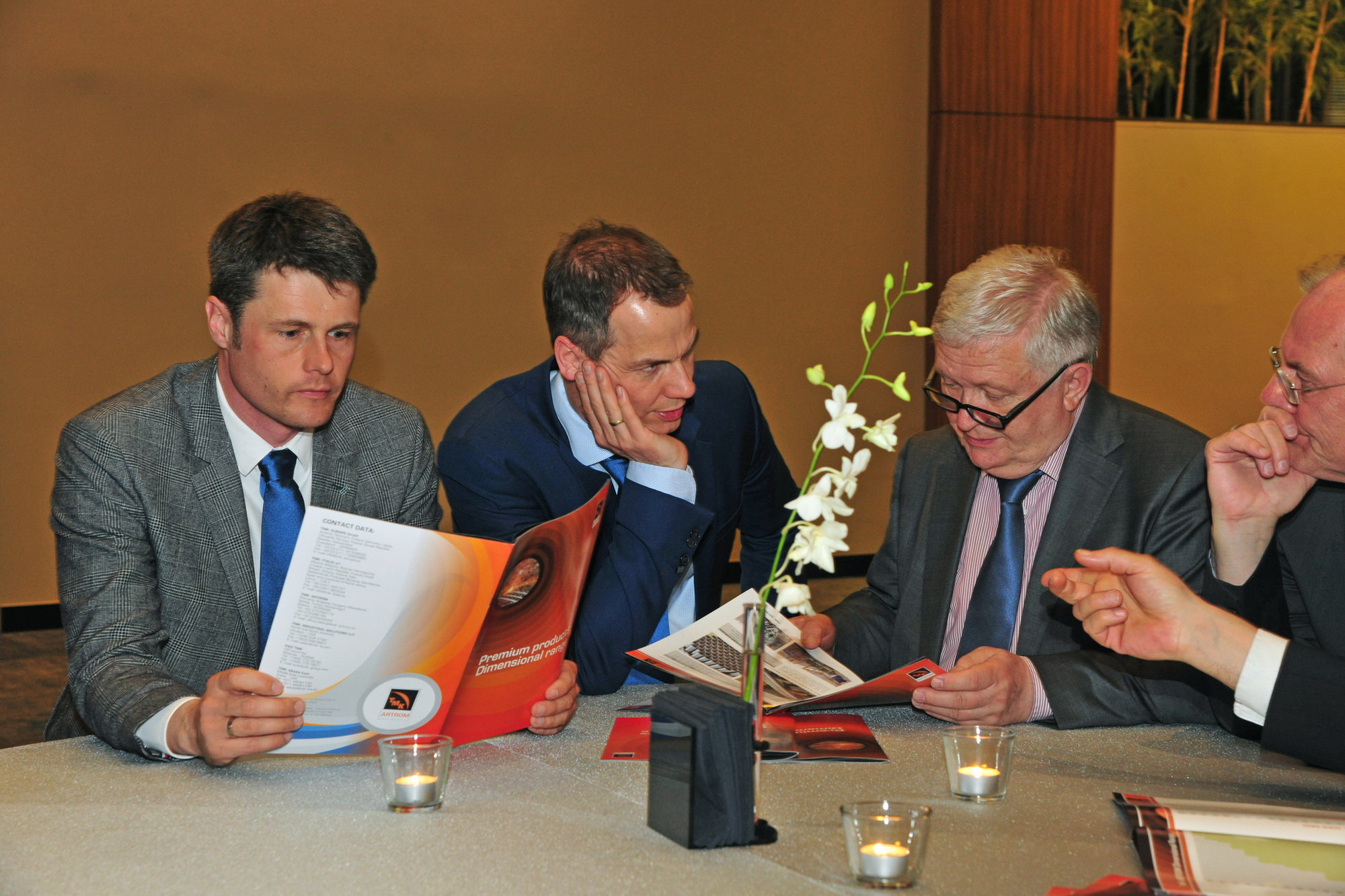 TMK recognized as leader in sustainability among steelmakers by Expert magazine