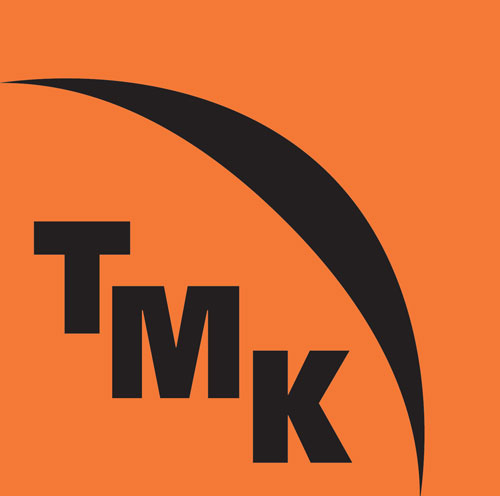 PAO TMK (“TMK” or “the Group”), one of the world’s leading producers of tubular products for the oil and gas industry, today announces its interim consolidated IFRS financial results for the third quarter of 2017 and nine months ending September 30, 2017.

- In August 2017, TMK was the first Russian company to start producing casing pipes with unique TMK UP CENTUM gas-tight premium threaded connections. TMK UP CENTUM is the latest generation of threaded connections. With strength equal to the strength of the pipe, the connections considerably increase pipe string reliability during the construction of wells with complex configurations. The first load of pipes with TMK UP CENTUM connections has been shipped to NOVATEK for its Arctic LNG 2 project and has already been successfully installed at the Salmanovskoye (Utrenneye) oil and gas condensate field under the supervision of TMK specialists.

- In October 2017, TMK presented its new 10-year Strategy at its 5th annual Capital Markets Day in London. The new strategy aims to reinforce TMK’s position as a leading supplier to the global OCTG market, the dominant supplier to the Russian oil and gas market, a TOP 3 OCTG producer in the U.S. and number 2 globally by financial performance.

- The Company aims to enhance its global leadership in key product segments and further develop its vertical integration, expanding TMK’s commercial footprint by leveraging its global scale and taking full advantage of TMK’s e-commerce platform. The Company will be focused on adopting advanced digital technology to improve product quality and cut costs. To strengthen its financial position, TMK plans to further reduce its leverage, with a target Net debt/EBITDA ratio of 3.0x at FY 2019, and 2.5x at FY 2021.

“We are pleased to report a strong set of results for the third quarter with continued growth in the US market.

As announced at our recent Capital Markets Day, our focus on innovation and digital will support TMK’s strategic objectives to 2027 of further strengthening TMK’s position in our key markets. We are committed to ensuring that TMK remains at the cutting-edge of oil and gas technology to support the changing needs of our major customers in the global energy sector, and in 3Q we were pleased to launch another unique product, TMK UP CENTUM, which will improve the performance of pipes in more complex well projects.

Note: Certain monetary amounts, percentages and other figures included in this press release are subject to rounding adjustments. Totals therefore do not always add up to exact arithmetic sums.

(2) Adjusted EBITDA is determined as profit/(loss) for the period excluding finance costs and finance income, income tax (benefit)/expense, depreciation and amortization, foreign exchange (gain)/loss, impairment/(reversal of impairment) of non-current assets, movements in allowances and provisions (except for provision for bonuses), (gain)/loss on disposal of property, plant and equipment, (gain)/loss on changes in fair value of financial instruments, share of (profit)/loss of associates and other non-cash, non-recurring and unusual items.

3Q and 9M 2017 IFRS Financial Statements are available at:

In 3Q 2017, the Russian pipe market grew 7% compared to the previous quarter, mainly driven by increased demand for industrial pipe, due to a strong construction season, and for LD pipe, resulting largely from the ramp-up in purchases by Gazprom for its pipeline construction projects. The Russian OCTG market declined by 2% quarter-on-quarter due to a seasonal slowdown in purchasing activity by the oil and gas companies. In 3Q 2017, drilling activity in Russia remained strong with a 9% increase in footage drilled compared to the previous quarter and the share of horizontal drilling increasing to 42% in 3Q 2017 (40% in 2Q 2017), which should support robust demand for OCTG pipe in 4Q 2017 and at the beginning of the next year.

In the US, the average number of rigs in 3Q 2017 increased by 6% compared to the prior quarter (Baker Hughes). OCTG consumption grew by 7% quarter-on-quarter (Preston Pipe Report) with OCTG inventories having slightly increased to an average 3.9 months compared to 3.7 in the previous quarter, including obsolete inventory. Due to the deceleration of rig count growth and, as a result, the stabilisation of demand for OCTG, average composite OCTG seamless and welded pipe prices rose 3% and 1% respectively compared to 2Q 2017 (Pipe Logix).

In 3Q 2017, European pipe producers continued to benefit from high demand for seamless pipe from both US and domestic customers, by loading their capacities for several months upfront at attractive prices, which fully offset recent increases in raw material prices.

The Russian pipe market grew 1% year-on-year supported by high demand for OCTG and industrial pipe due to a stabilisation of macroeconomic conditions and increased construction activity in Russia. The market growth was partially offset by weak LDP demand in 1H2017. OCTG consumption rose 19% compared to the same period of 2016, supported by higher demand and growing drilling activity in Russia, which increased by 10% year-on-year, with the share of horizontal drilling increasing to 40% in 9M 2017 (36% in 9M 2016).

Year-on-year the European market is experiencing a recovery in pipe demand from both US and domestic customers. Alongside growth in prices, this is supporting high production capacity utilisation.

In 3Q 2017, revenue increased by $34 million compared to 2Q 2017, due to higher prices and stronger pipe sales at the American division.

Adjusted EBITDA increased by $35 million compared to the previous quarter, largely due to a favourable product mix at the Russian division and overall improved results at the American division. The adjusted EBITDA margin was 15% in 3Q 2017 compared to 12% in 2Q 2017.

For 9M 2017, revenue increased 31%, by $754 million year-on-year, supported by a positive effect of currency translation and strong sales at the American division, resulting from growing US drilling activity and higher E&P spending.

EBITDA increased by $55 million year-on-year, driven by a much stronger performance from the American division. The adjusted EBITDA margin decreased to 14% compared to 16% for 9M 2016.

Total debt increased from $2,836 million as at December 31, 2016 to $3,161 million as at September 30, 2017, partially as a result of rouble appreciation against the US dollar. The weighted average nominal interest rate decreased by 49 bps to 8.53% as at the end of the reported period.

In Russia, in 4Q 2017 TMK anticipates marginal growth in pipe sales compared to the previous quarter, resulting from the start of the seasonal stock up period by oil and gas majors. Margins at the Russian division could remain under some pressure reflecting a peak in raw materials prices in September and October 2017, with margins expected to expand in 1Q 2018.

In the US, despite the recent stabilization of the rig count the Company expects its North American division will achieve strong results in 4Q 2017 supported by OCTG and line pipe demand.

The European division anticipates stable pipe demand in 4Q 2017, and financial results to improve due to better product mix.

- 3Q 2017 revenue at the Russian division decreased as the contribution from stronger welded pipe sales was offset by the negative effect of currency translation.

- The share of seamless OCTG in the sales mix decreased following a seasonally slower purchasing activity by the oil and gas companies.

- Margins increased as LDP sales represented a higher share of the welded product mix and overall margins for the welded segment improved.

- 9M 2017 revenue growth at the Russian division was supported by the positive effect of currency translation.

- Increased sales of both seamless and welded pipe as well as stronger pricing drove a further improved financial performance at the American division in 3Q 2017, compared to 2Q 2017.

- Year-on-year, a substantial increase in drilling activity combined with growing E&P spending in the North American market led to a significant improvement in both pipe volumes and prices at the American division.

- A strong year-on-year performance at the European division was offset by higher selling, general and administrative expenses.

For further information regarding TMK please visit www.tmk-group.com or download the YourTube iPad application from the App Store https://itunes.apple.com/ru/app/yourtube/id516074932?mt=8&ls=1